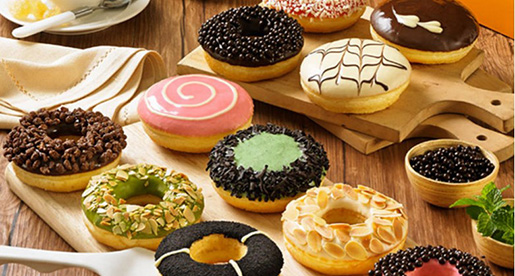 J.CO Donuts & Coffee is a cafe restaurant chain originating from Indonesia that specializes in donuts, coffee and frozen yogurt. The company is owned and managed by Johnny Andrean Group.

J.CO is the fastest growing donut & coffee chain in Indonesia with 236 stores opened since 2005. They have successfully penetrated into the local market in Indonesia against Krispy Kreme and Dunkin Donuts to become one of the market leaders for donuts and coffee.

In terms of international growth, they have been rapidly expanding their store chains throughout South East Asia countries such as Malaysia, Singapore, Philippines, and Hong Kong bringing the total store count to over 275 chains in 2017.